My husband, Tony, was 80. He did not have cancer, heart disease, or any terminal illness. He had moderate dementia and was disabled from a stroke suffered on August 2, 2017. After the stroke, he needed a wheelchair to get around. Although he continued to have mini-strokes, Tony did not complain of pain or headaches. He was able to converse, answer questions, smile, and pray his Rosary. He said “I love you” often. We rolled his wheelchair up to the table and he fed himself.

After spending a couple of months in two different facilities for rehabilitation, Tony moved home under my care and the care of paid caregivers. On November 1, 2017, I signed him up for hospice care, as I thought hospice was compassionate and would provide the supplies and nursing care he needed. On her first visit, the hospice nurse brought a bag full of the “end-of-life” drugs they planned to use. I did not understand why I needed these drugs, but dutifully put the bag in the back of my refrigerator as advised. I have since learned that most hospices today do provide several drugs to have on hand and use according to standing orders.

Unwanted sedation and shocking neglect
On January 15, 2018, hospice offered to give me a “caregiver’s respite” for five days, as I was having health problems. Tony was admitted to the respite care wing of a nursing home where I visited him every day. Arriving about noon on January 16, I found Tony unable to sit up in his wheelchair. When I sought an explanation, a nurse told me that he had been given the sedative Ativan (brand name for lorazepam). I was livid. I had previously made it clear that no sedatives should be given to Tony because he was highly sensitive to any drugs affecting the brain. I called the hospice nurse and told her to stop this drug immediately and that he was never to be given it again.
It was difficult to care for Tony at home because I was suffering from angina and stress-related high blood pressure, so he was moved to another wing of the nursing home on January 20. This began four months of a shocking lack of care despite my frequent complaints and visits with the administrator. Because it was extremely understaffed, the nursing home was neglecting Tony. He fell on the floor several times while trying to take himself to the bathroom. I decided it was time to move him home.
Looking back, I feel I should have seen a red flag the first time he was given a sedative in violation of my explicit instructions.
Home again and happy, but not for long 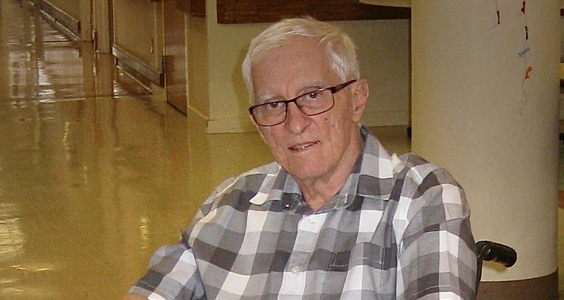