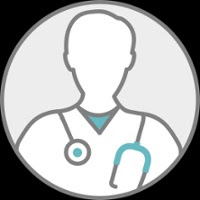 WOMAN KILLS HERSELF BY STOPPING EATING AND DRINKING

On its website, Compassion & Choices, the organization leading the campaign to legalize assisted suicide in every state, promotes Voluntarily Stopping Eating and Drinking (VSED) as an “option” for people who are struggling with chronic or incurable disorders and for people who are “simply ‘done’ after eight or nine decades of a fully lived life.” C&C ludicrously claims that suicide by starvation and dehydration is “a natural process of dying,” but warns, “Support is necessary, as you cannot safely do this alone.” Seriously?!Last fall, 94-year-old, socially involved and physically active Rosemary Bowen suffered a spinal compression fracture. With physical therapy and a back brace, doctors predicted she’d probably recover in about three months. Instead, she decided it was time to end her life. She chose VSED because she lived in Maryland, one of the many states where assisted suicide is illegal.Although Mrs. Bowen did not qualify for hospice because she did not have a terminal illness, a hospice provided pain medication and other support while she “fasted.” On her eighth day without food and water, she died. But that is not the end of her story.Mrs. Bowen had asked her daughter Mary Beth to film the process of her death by VSED. “She thought more people should take advantage of it,” said Mary Beth, who documented the final week of her mother’s life. The macabre film, designed to promote VSED as “peaceful and even joyful” (Mrs. Bowen’s words), was shown for the first time at the End of Life Expo hosted by Iona Senior Services in Tenleytown, MD.One woman was upset by the film because her own mother had also died by VSED. “It broke my heart,” she said. “I couldn’t bear to see it. … There’s something in me that rebels against it.”Every suicide, regardless of the reason, is a dreadful thing, but simply deciding one is “done” is appalling. Yes, something inside “rebels against it.” Could it be our consciences screaming, “This is WRONG!”?Source for the information about Rosemary Bowen’s death:
https://www.washingtonpost.com/local/social-issues/at-94-she-was-ready-to-die-by-fasting-her-daughter-filmed-it/2019/11/03/41688230-fcd9-11e9-8190-6be4deb56e01_story

By Chris Kahlenborn, MD
The specific question of whether to place a stomach tube in a patient who has had a stroke or has advanced dementia is one of the most difficult dilemmas for patients and/or family members who often have questions regarding the ethics of either giving or withholding assisted nutrition and hydration (ANH). As a board-certified internist with 28 years of medical experience, Dr. Chris Kahlenborn answers some basic questions regarding the issues involved in the decision of whether to provide assisted nutrition and hydration (ANH) to the patient(s) in need. Dr. Kahlenborn is a Catholic physician who clearly articulates the Catholic Church’s teaching regarding ANH. His practical medical advice respects the sanctity of human life and applies regardless of one’s faith tradition.