The Healthcare Advocacy and Leadership Organization’s partners hail from many parts of the United States and Canada. We thought you might like to know who we are. Thus, a HALO partner will be asked to introduce himself or herself in select editions of this newsletter.
Meet Marlene Reid, a member of the HALO Board of Directors. She lives in Minnesota in the summer and winters in Florida. 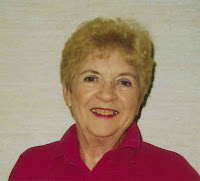 By Marlene Reid
There’s a great big Silent Majority out there! I want to wake them up from their slumber, just as I was awakened. It was 1973. I had retired from my work as a Registered Medical Technologist. I was a dutiful wife and mother, juggling the families’ needs but still finding time for occasional tennis & bridge.
Then the wake-up call came! Another very concerned mother told me to check out the children’s catechism books. What I discovered appalled me. I found some of the lessons bordering on heresy, and came face-to-face with the New Age Liberation Theology. As naïve as I was, I believed I only had to call this subversion to the higher authorities and everything would be quickly “made right.” Not so! Someone whom I had admired told me, “You are a threat to your children!” The tears burst forth and didn’t subside for days. Do bears get shots of adrenalin pumping through their bodies? Well, this Mama Bear did! I flew out of the den ready to fight for and protect my “cubs” (and the cubs of the mothers who now had fulltime jobs, who bought the claim that this status was needed to prove their worth).
I quickly found other Mama Bears who had done their research and were willing to share info about the sad state of affairs with me. Something was definitely “rotten,” not only in Denmark, but in the good old USA. I am a pretty “quick study” so it wasn’t long before I was fighting on about six fronts. I had taken on the abortionists (as Roe v Wade had made abortion legal), the feminists (MN had just ratified the Equal Rights Amendment), the Humanist educators with their insidious Values Clarification preaching NO ABSOLUTES, homosexuals who were lobbying for “the right to manifest their sexual preference” (who could have guessed what they would soon be lobbying for?), Planned Parenthood with its explicit and immoral sex education and its first Twin Cities abortion mill, and the pornographers. Thankfully, many, previously unaware, responded and came out of their dens “to make a difference!”
Several of us concerned Mama Bears, laden with incriminating documentation, traveled the state and beyond, alerting families and supplying ammunition to those who heard “the call.” I sometimes refer to this phase of my life as the Nickelodeon stage. The audiences got different speeches according to which issue, or which anti-life, anti-family organization they perceived to be the biggest threat to their “cubs” at that particular time. We rejoiced over many victories. However, forces destroying our culture had a head start, the help of the biased media, and, most often, a generous supply of our tax dollars.
Eventually, I zeroed in on the unborn “cubs,” and their “fellow vulnerable human beings,” and have since used the bulk of my time and energy to fight for their lives. Pope John Paul II summed up the issue, and my mandate, very clearly in his 1988 apostolic exhortation when he stated: “…the right to health, to home, to work, to family, to culture – is false and illusory if the right to life, the most basic and fundamental right, and the condition of all other personal rights, is not defended with maximum determination…The human being is entitled to such rights, in every phase of development, from conception to natural death, and in every condition, whether healthy or sick, whole or handicapped, rich or poor…” Saint John Paul II further exhorted, “Moreover, everyone has the mission and responsibility of acknowledging the personal dignity of every human being, and of defending the right to life…” (emphasis added).
In 1990, I was elected President of Human Life Alliance. I served in that capacity for 12 years. The rest of it, for the most part, is history. Being an active part of HALO, focusing on the end-of-life issues, is a natural progression for me. I am proud and pleased to be part of this very necessary work and am impressed at how much has been accomplished so far.
I promise to be fighting the Culture of Death to my dying breath. Please don’t let anyone pronounce me “brain dead” until I am “stone cold dead.” As a determined Irishman, I am hoping and praying to be in Heaven before the Devil knows I’m gone.