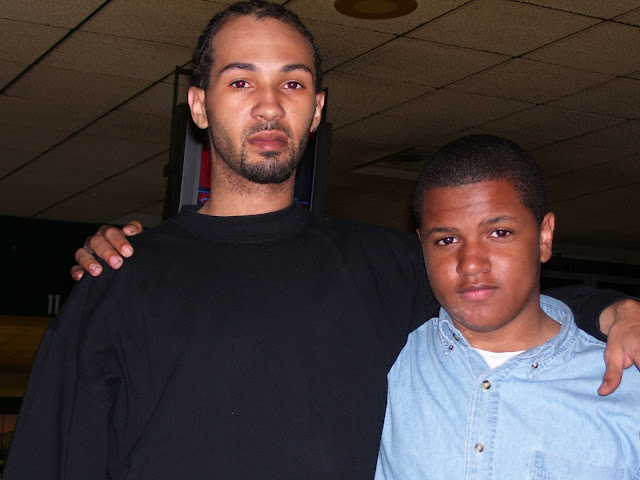 PJ with his brother, Alex

911 was called. A unit of the Phoenix Fire Department arrived on the scene within minutes. PJ was unconscious with labored breathing, blood in his mouth, and cuts on his eyebrows. No I.D. was found, and his fingerprints were not on file, so the sheriff’s office reported he was “an unidentified male thought to be in his mid-20s.” There was a question mark under “ethnicity” and his “language” was marked unknown. This led to speculation that my son might be a homeless, illegal alien. My African-American son was bright-skinned, so it was no great leap to think he was Hispanic.
PJ arrived at the hospital emergency room (ER) at 9:15. Within 15 minutes, the Organ Donor Network had been contacted about a possible donor. (Worth noting is that PJ’s blood type was O-positive, a match with every other blood type — “gold” for the Donor Network.)
Misdiagnosed and denied proper treatment
When PJ arrived at the ER, his vital signs were high normal, and he was breathing on his own. The record shows the pain my son endured because they intubated him and inserted a chest tube without the benefit of sedation or pain medication. Both his heart rate and his blood pressure rose drastically, signs of great distress, which likely caused a detrimental rise of intracranial pressure, increasing the damage to his brain. The first intubation failed, so he was intubated again at 10:30. I think they sacrificed his brain to maintain his body for organ donation.
Neither his subdural hematoma (bleeding and increased pressure on the brain) nor his lacerated spleen was surgically treated. Also, they did not monitor his intracranial pressure, which is protocol in a level 1 trauma center.
The neurosurgeon, who did not examine PJ for close to two hours after his arrival at the ER, stated that my son had “no brain stem activity and no signs of neurological function”—a finding that would lead to PJ being treated as though he were “brain dead.” PJ’s reactions, however, contradicted the neurosurgeon’s diagnosis. In fact, one doctor recorded that PJ had positive pupil response to Mannitol (a drug that reduces intracranial pressure) and a positive gag reflex—two signs of neurological function.
The next day, November 4, officials identified my son as Paul D. Robinson, Jr., age 34, and located me. I have an extensive medical background as a clinical specialist in the Army for six years and a nurse for 20 years. From the first, I had strong misgivings about how my son’s case was handled.
I suspect that being profiled as a homeless, illegal alien in his 20s influenced the decision not to treat him properly.
A nightmare
PJ was hospitalized from November 3 to December 1. The hospital experience was a nightmare for my wife, Marze, and me.
On November 12, a doctor, who I felt was very deceptive, called to inform us that they were placing a do-not-resuscitate (DNR) order on my son. This was against our wishes and, therefore, illegal. Furthermore, no EEG [1] was performed until November 17, when I insisted it be done. We also wanted a second CT scan [2] as we felt these additional tests would have shown the medical team’s narrative to be wrong. The MRI [3] report from November 8th was mysteriously missing when I reviewed PJ’s medical records after his death.
An apnea test [4] (breathing test) was done on November 28, after which the doctor predicted our son would continue to breathe for more than 90 minutes once removed from the ventilator. A nurse said he could live for days. Based on this information, we made the very difficult decision to have the ventilator removed on December 1. If PJ continued to breathe, we would move him to a skilled nursing facility. If not, we would agree to organ donation.
On November 30, another apnea test revealed that PJ could breathe on his own, meaning he could not be declared “brain dead” for the purpose of organ donation.
The morning of December 1, according to billing and medical records, PJ was given morphine, Ativan, and potassium chloride (a drug that, when used inappropriately, can slow or stop the heartbeat). There was no medically indicated reason to give PJ these drugs. For example, potassium chloride is used to treat low blood levels of potassium. PJ’s blood levels were normal. These drugs were administered without our consent or knowledge. I believe they were used to ensure that our son would not breathe when the ventilator was removed.
Paul “died” in my arms as he struggled to breathe. 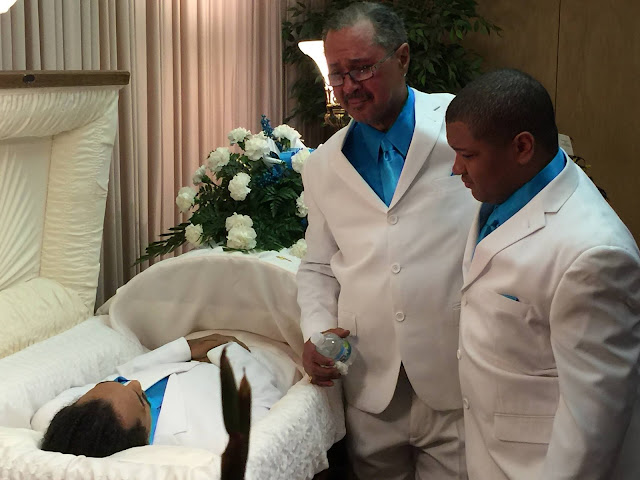 I was told and believed my son was deceased. The expiration document stated, “Pt was pronounced dead at the bedside and then was taken to the OR for DCD.” DCD stands for “donation after circulatory death” or “donation after cardiac death.” [5] DCD is a way to get organs from a patient who exhibits neurological functions and therefore does not qualify for DBD (“donation after brain death”).
PJ was taken to the operating room around 7:40 PM. Records indicate that he received morphine at 8:05. Why would a dead man need morphine? He was given a blood transfusion at 8:35. Why? Additionally, two powerful pain medications, morphine and Fentanyl, as well as the anti-anxiety drug Ativan were not discontinued until 1:19 AM the next morning. The disturbing inference is that PJ’s circulatory system was still functioning and that he was resuscitated for the purpose of keeping his organs as healthy as possible for donation.
From the beginning, I felt like PJ was considered the property of the hospital. Thus, an adversarial relationship developed between the medical team and me. I fought to get the truth and the treatment my son needed and deserved. I saw my beloved son, but the doctors only seemed to see healthy organs for the taking.
For three straight days, scores of doctors, nurses and support personnel were brought into meetings to put pressure on us to donate our son’s organs. I gave in. I should have fought harder. How do I forgive myself?
Marze and I are heartbroken at the loss of our precious son. He loved basketball and watched history and sci-fi programs on TV. He earned his living as a barber. He was a wonderful son and brother. PJ was a real person, not just a body to be harvested for organs.
I believe that, had he received timely, proper treatment, Paul Robinson, Jr. would probably still be alive. His story must be told and retold as a warning to others. Don’t be deceived when asked to donate a loved one’s organs. Say NO!
Editor’s note: There is so much more that could have been written about this case. For example, the falsification of PJ’s medical records by the neurosurgeon and how HIPAA privacy regulations were disregarded. Paul Robinson, Sr. invites anyone interested in learning more to email him: esquire1wi@gmail.com.
1] EEG is short for electroencephalogram, a noninvasive test that records electrical patterns in a person’s brain.
[2] CT (or CAT) – Computed Tomography – allows doctors to see inside any part of a person’s body. It uses a combination of X-rays and a computer to scan and create pictures of organs, bones and tissues.
[3] MRI – Magnetic Resonance Imaging – scans use powerful magnetic fields and radio frequency pulses to produce detailed pictures of internal body structures. Differences between normal and abnormal organs, soft tissues and bone is often clearer on an MRI image than a CT picture.
[4] Apnea Test: There are many different sets of criteria used to determine “brain death.” “Every set of criteria includes an Apnea Test. (‘Apnea’ means the absence of breathing.) This test is done by taking away the life supporting ventilator for up to 10 minutes. This is medical suffocation. The patient can only get worse with this test. This test is commonly done without requesting permission.”—Paul A. Byrne, MD, “Do Your Organs Belong to the Government” http://www.lifeguardianfoundation.org/pdfs/organbelonggov_web.pdf
[5] A DCD donor is a patient on a ventilator who is deemed “hopeless” in terms of life-expectancy or perceived quality of life but does not meet “brain death” criteria. Usually, the patient is taken off the ventilator and declared dead a couple of minutes after no pulse can be felt. This does not mean that the heart or the brain has ceased functioning, but only that the patient is pulseless. The patient is very likely still alive when the organ removal process begins but is definitely dead when it is completed.